Welcome to the Fort!

Around 7 000 soldiers were stationed on the Antonine Wall. Although some soldiers came from Europe most were mainly recruited from Britain. There is no evidence for Scots in the Roman army. The soldiers could receive orders to travel from their fort to fight in other conflicts abroad. The Fort at Bearsden was only inhabited for 20 years.

Living on the forts alongside the soldiers were wives, children and slaves of the commanding officers. Being a soldier was a good job. The life expectancy of a soldier was better than a civilian and they could retire at 50.

Other pages to explore:

The Roman Fort at Bearsden

The Principia is laid out in a square with three wings around a parade ground, and a gate on the south side. The north wing consisted of three rooms. The central room was the sacellum, the regimental shrine, which served as a focal point of the headquarters. The standards of the units were kept here. In the centre of the room was a sunken pit, which acted as a ‘strong room’ for the regimental pay chest. The money was kept here to deter thieves who would be committing sacrilege if they stole from the shrine. The standard bearers acted as treasurers of these funds keeping track of what money was paid in and out. The rooms to either side of the sacellum were probably used by pay and records clerks.

The two side wings of the Principia building housed long rooms, which were probably armouries. 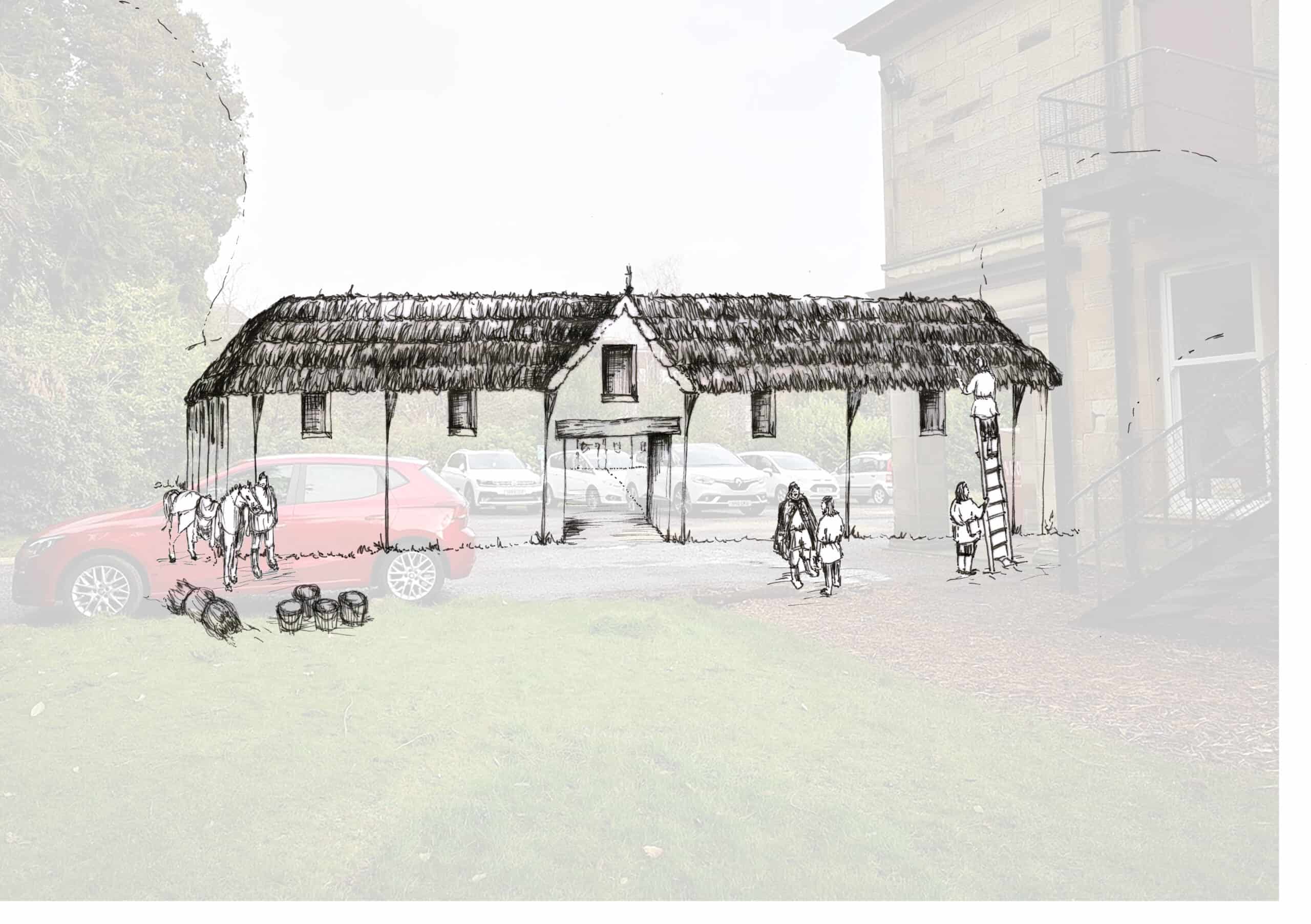 This is a drawing by Emma Blair of the fort headquarters, superimposed on a photograph of the current buildings, to show relative size and placement.

On Patrol on the Rampart 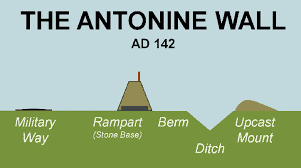 Excavations have revealed that the fort and annexe at Bearsden is perhaps the most unusual major site along the entire wall. Both fort and wall lie within a single enclosure system (3.6 acres). There is a turf rampart on a 4.3m wide stone base and ditches running around the whole site.
The Antonine Wall ran behind the bathhouse. It was really a big ditch with the earth thrown outside to make an outer mound. On the Roman side of the ditch, layers of cut turves were stacked high to make another mound. On top of this was a timber rampart to protect the soldiers. Behind the rampart was the main road, called the Military Way. The military way is now Roman Road. Roman roads were made of cobbles surfaced with gravel and crushed sandstone

The biggest, most awe-inspiring building project the people of Scotland had ever seen, the Antonine Wall stretched right across the country, from Clyde to Forth. Visit us to learn more.